Congratulations on Your Retirement, Steve Beck! 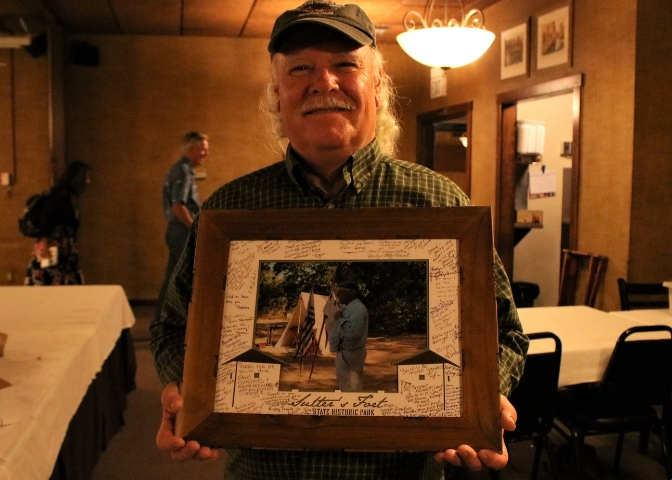 Since 1997, Steve Beck has worked a variety of positions at Sutter’s Fort State Historic Park. Steve was the archivist for the Sacramento Historic Sites Association (the predecessor to Friends of Sutter’s Fort) for many years, often assisting the curators of Sutter’s Fort SHP by working in the extensive Sutter’s Fort Collections. Steve also published several monographs on the history and anthropology of the Sacramento Region, including articles on the Donner Party, Bear Flag Revolt, and the relationship between early settlers and the Indigenous People of the Greater Sacramento Valley.

“One of my fondest memories of Steve is when the Sutter family had a reunion at Sutter’s Fort. Steve took it upon himself to give all 200 descendants of John Sutter a truly great experience with first-hand knowledge of life at Sutter’s Fort during the 1840s. It was such a personal, heartfelt effort on Steve’s part to embrace the knowledge and passion about my great, great grandfather and the comings and goings of various people at Sutter’s Fort. On behalf of the Sutter family, we wish Steve well with his future endeavors and thank him for his many years of service.” — Ron Sutter

Steve has presented as a guest speaker for many organizations, including the California Trail Interpretive Center in Elko, Nevada, and the Oregon-California Trails National Conventions. He has also made several appearances on television in programming by the History Channel, Discovery Channel, PBS, and the Sacramento Public Access Channel.

Steve has been the recipient of the cable television WAVE Award three times: in 2012 for his work on Bear Flag Revolt, in 2015 for his work on A New Look at the Donner Party, and again in 2019 for Ghosts of Old Sacramento. Most recently, Steve was in the first class of recipients of the prestigious History Enlightenment Award presented by the Sacramento Historical Society.

Congratulations, Steve, on your many lifetime achievements. All of us here at Friends of Sutter’s Fort hope you enjoy your well-earned retirement and look forward to you visiting Sutter’s Fort soon!