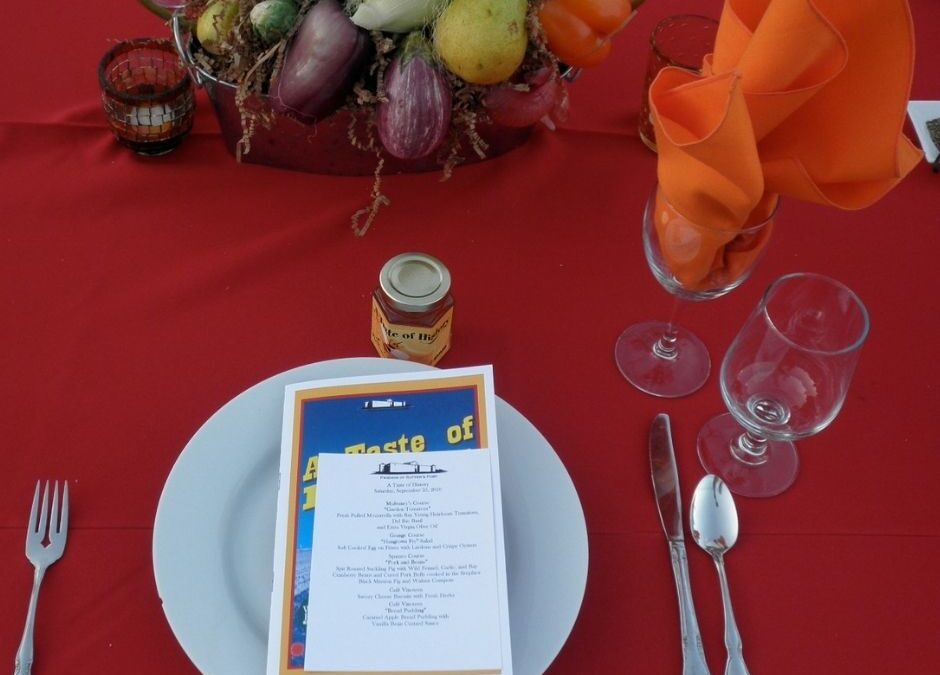 Friends of Sutter’s Fort extends our condolences to the family of Randy Paragary, who passed away recently after a brief illness.

“Randy Paragary was a Sacramento legend who lifted up our city – and specifically the Sutter District – in so many ways over the years. He will be greatly missed and we know his influence will continue to positively impact our community for years to come.” – Nick Leonti, Board President of Friends of Sutter’s Fort.

Randy was a pioneer in the Sacramento food scene, opening many neighboring establishments such as Paragary’s, Café Bernardo and Centro Cocina Mexicana. He also recently opened the first hotel in the Sutter District, Fort Sutter Hotel.

Randy gave back to the community and supported our efforts at Sutter’s Fort. Our former Executive Director, Lisa Mealoy reflected on Randy’s support of Friends of Sutter’s Fort saying, “Randy Paragary and Kurt Spataro were some of the first restaurateurs to step up and join the team of chefs at the first Taste of History (later Feast at the Fort). They lent their wisdom to the challenges of producing a complex event where chefs created their magic on site in our period kitchen, firepits and oven. Having the support of Randy lent instant credibility to a new event that quickly because a beloved part of the Fort calendar, and an important part of the fund and friend-raising mission of the Friends of Sutter’s Fort.”

In lieu of flowers, those interested are encouraged to donate to an upcoming inspirational lighting project in Midtown’s Sutter District, where Randy spent so much of his time. This project will be led by the Midtown Association and will play tribute to Randy’s ability to light up Sacramento’s evenings with his incredible hospitality and to honor his lasting influence and legacy on our region. To donate, please mail donations to Midtown Association, 1401 21st Street, Unit A, Sacramento CA 95822 or donate online.