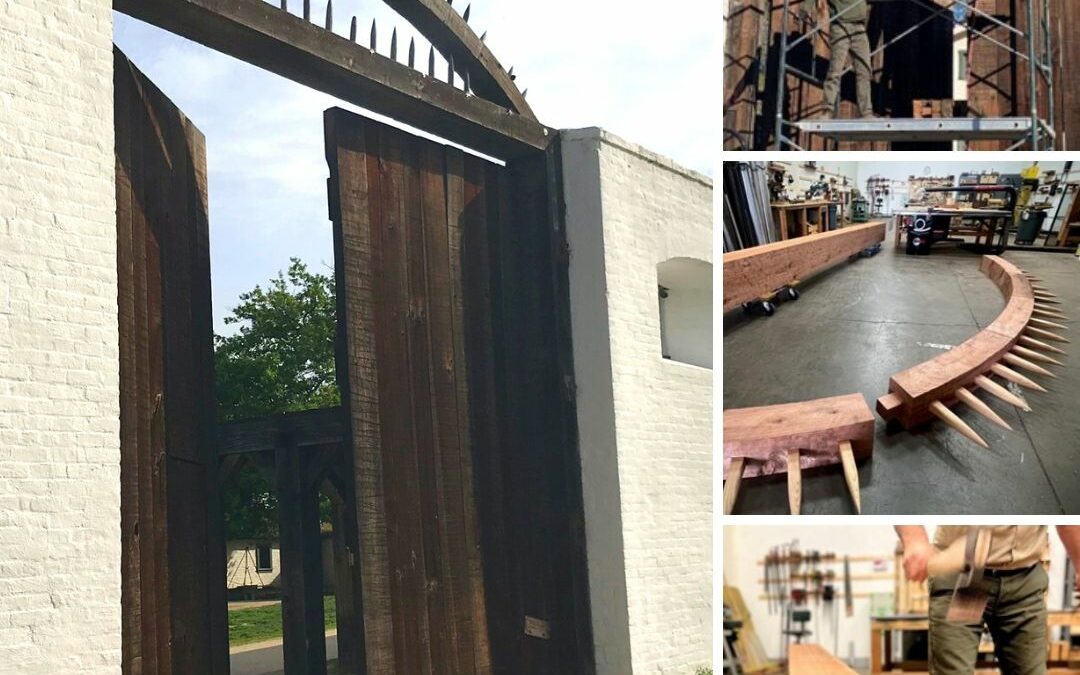 In 2022, Park staff noticed that the arched lintel above the main beam which secures the large door posts at the South Entrance to Sutter’s Fort appeared to be leaning. The lintel was removed promptly to ensure visitor safety.

Once removed, Parks restoration staff inspected the beams and discovered that the wood was rotting. California State Parks was able to acquire lumber and the lengthy process of fabrication began. Milling of the lumber necessitated using hand saws with a tooth pattern to match the type and style available during the period of significance; as well as hand hewing with an adze for the same effect. All forty spikes were hand carved to give them a unique hand-crafted appearance in keeping with the period of significance. A treatment was added at the end giving it an aged appearance with an added bonus of having an rot resistant benefit.

A temporary beam was added to the top of the South Gates to ensure support where the deteriorated beam been removed.

The beam which is being replaced will have exactly the same mortise and tenon joint configuration at the post connections at each side of the South Gate. California State Parks plans to finish this project in the coming weeks.